The best furry things that happened to me ♥
THE PUFFY PIGS

Puffy was very much my little prince. He was the beginning and end of so many things,not only in my life as a guinea pig owner, but also in my life as a whole. As my first pig, he taught me everything, and not just about guinea pigs.

He was patient, soft, cuddly, beautiful...and he was just always always there for me, more so than I have been for him. Miss you, Puffy. 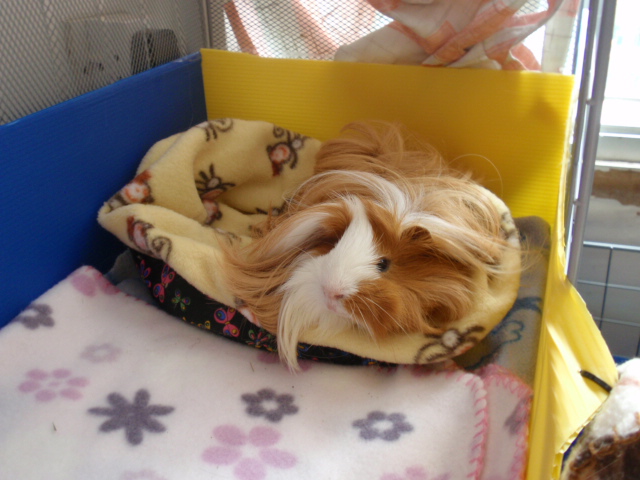 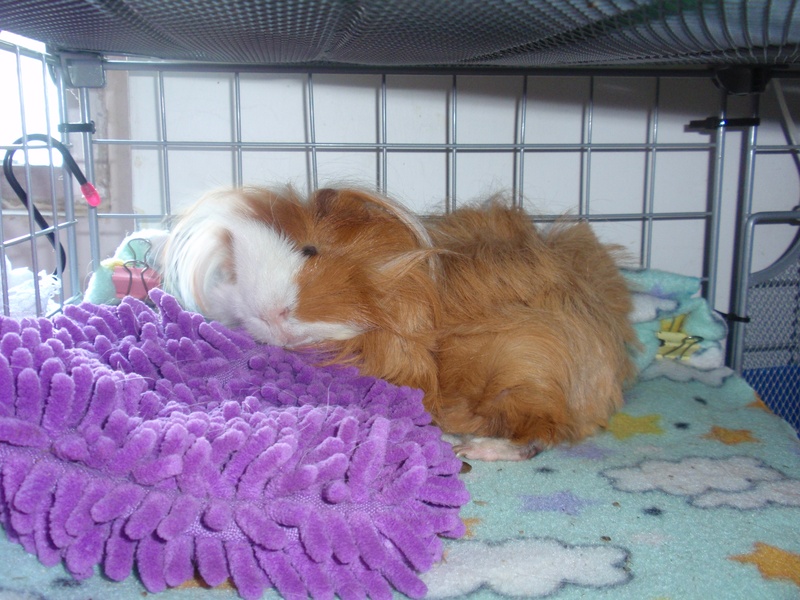 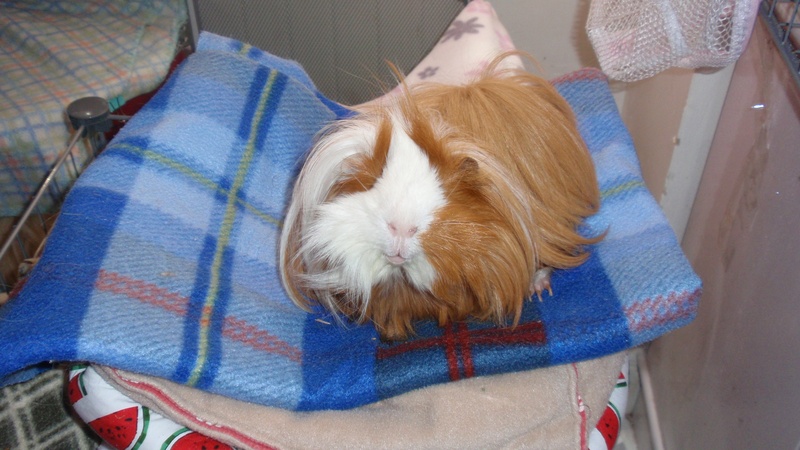 Shylie was a real beauty, and no one knew that more than her very self. A whopping 1200g in her prime, she was very much the Queen Bee. A born diva, she enjoys bossing her subordinates around. As old age hit, she mellowed out and spent long hours lying down, stretched out. She lived and died with grace and dignity, and stayed true to that beautiful creamy-gold color of hers. 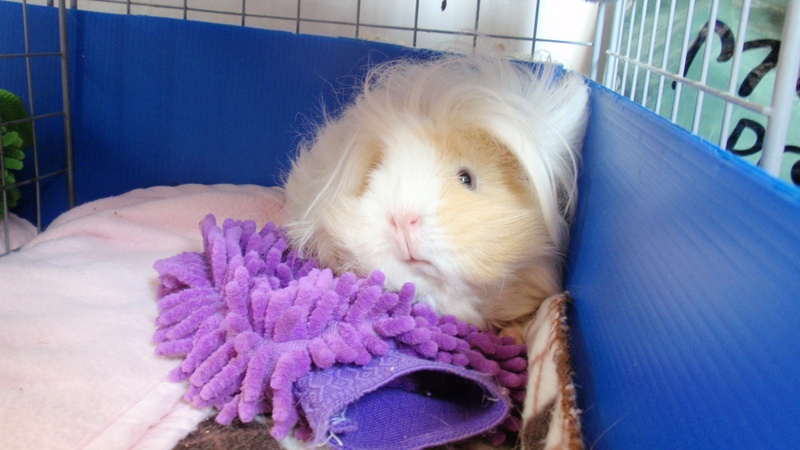 In spite of their adorable photo-faces, few of my pigs could earn the title "sweet", except Snowy. Our senior pig, an estimated 6 years now, who's been a 2 time mother and taken on 2 surgeries, she's now taking life in strides. When our new baby pig Flubby was introduced to the herd, most of the girls in the cage greeted her with apprehension, but Snowy smoothly took Flubby under her wing, even grooming her and lying next to her. Snowy really is a nurturing and gentle soul..with mismatched feetsies, floppy ears and the occasional missing eyes...she's just precious. 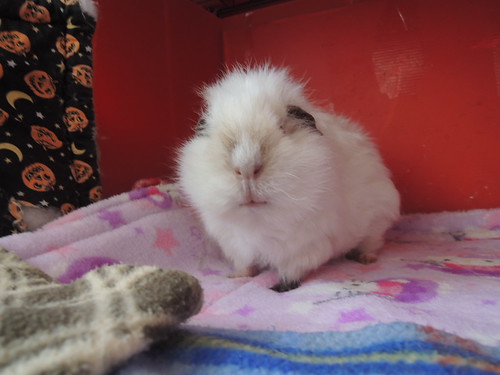 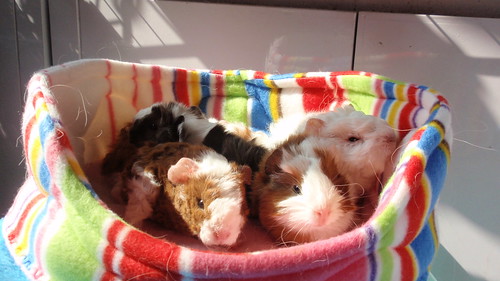 Before I introduce you to this little lady, I just wanted to say how blessed I feel to have her among my herd. From the pink button nose, to the symmetrical pink/brown ears, to the familiar white markings on the face....indeed, she is literally: A Mini Puffy. 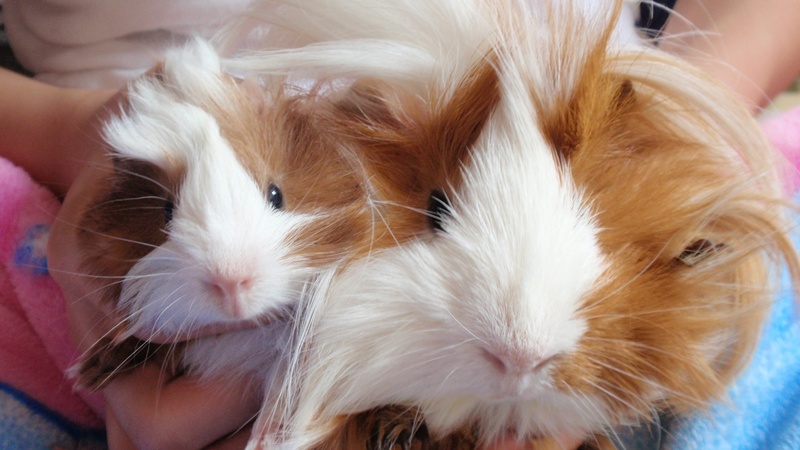 ...and, the resemblance ends about there. Quite the opposite personality to her sweet daddy, Minipuff is known for her feisty temper and ferocious headbutts!! But despite being a little terror in the cage, she's actually a complete darling when it comes to cuddles!! I have to admit...I'm completely smitten with her 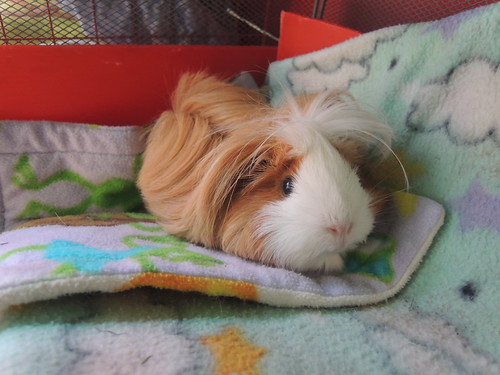 As Minipuff's sister, there's the occasional sibling rivalry...but you could say Pudding is a little beauty in her own right 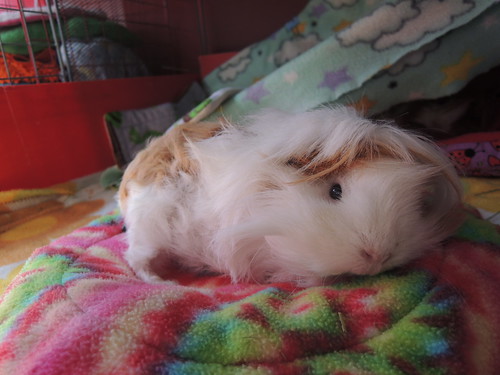 Hard to believe this black and white little skunk came out of her mother Snowy, who was a pristine white. Must have been a hidden gene

Pom Pom is the tomboy out of the girls, and quite a little biter when she's upset. Every Christmas, she continues to wish for a colored-photo of herself!! (PLEASE!) 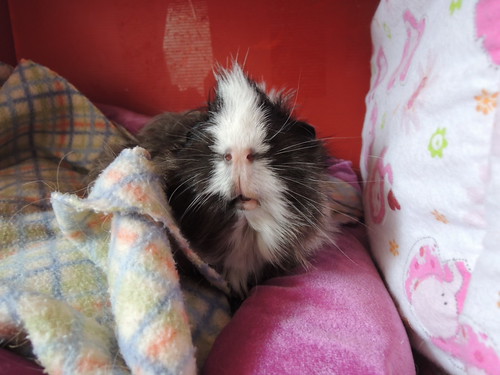 Cotton was like a little fairy. The sweetest, softest, most beautiful....

Except that Cotton's a boy

I still miss Cotton very much, who died far too young. His little brother and him were quite the pair, Cotton was the soft and cuddly one...Fuzz was the chunky and independent alpha. When his hair was long, they cascaded around him, but he looked even more adorable when they were short, very much a cotton ball! 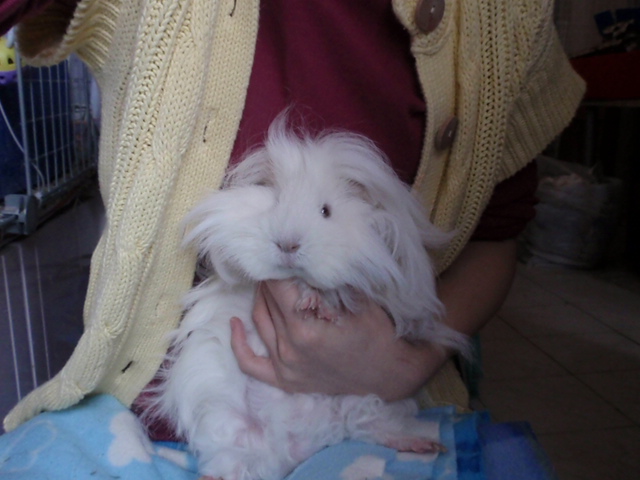 Fuzz no longer lives with us, but is with my friend Winnie. He's obviously inherited the "fat genes" from his mother and famous sister, Snoopy. 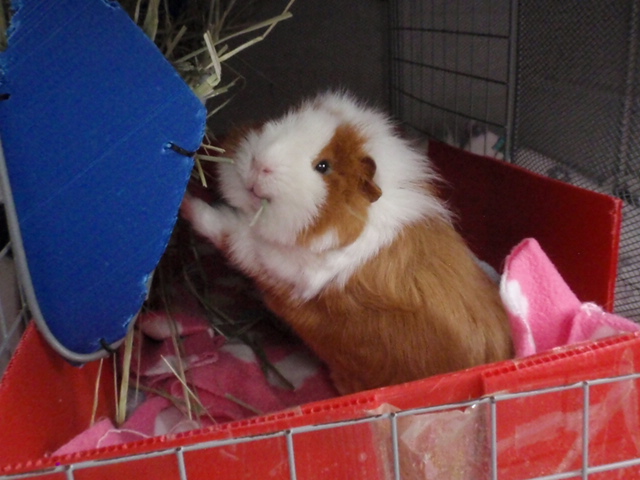 Shirley is Shylie's daughter, and what a beautiful pair of eyes she's inherited from her mother. They also shared the same elegant poses. She seems to give off an air of "you're just not good enough for me!" whenever you look at her. Good luck to all her male admirers out there... 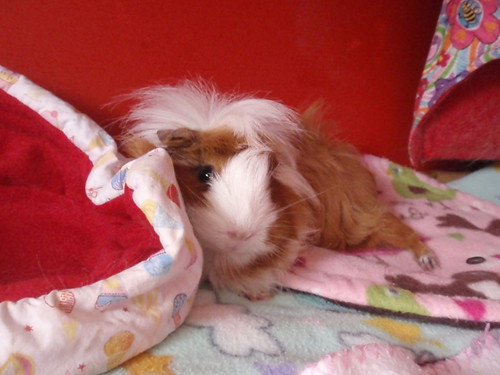 Everything you need to know about Snoopy is what you see: The Fat. In fact, this photo really doesn't do justice to the amount of blubber she has on her. She's the classic snowman: body is about 3 times the size of her head. Everything about Snowy is round. Round eyes, round face, round body, round bottom....if you were to try drawing guinea pigs, Snoopy is the easiest to start with! An opportunistic  eater, she's all about the tummy!!! 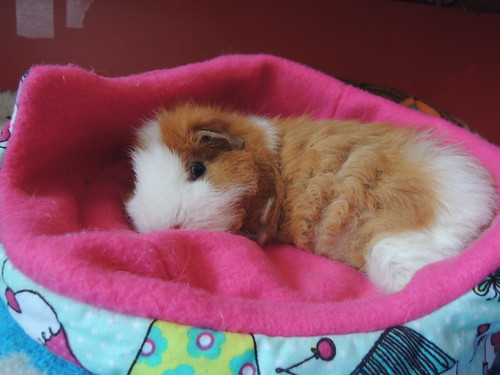 Buggy and PJ have been together since they were kids (2 months old). If ever two of my pigs were in love, it would be them. The gay couple, without a doubt. 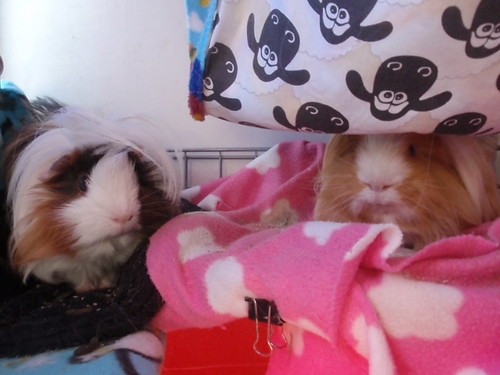 Jiffy originally came into our family as a companion for Puffy, but they soon fell out when puberty hit. He is our only neutered male, and enjoys the company of 7 pretty (and uninterested) females. Although very skittish, he has an adorable face! 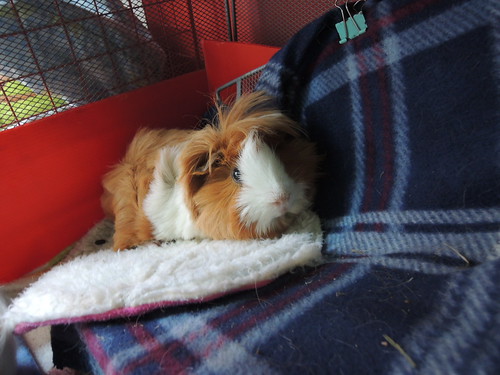