PJ isn't one of my front line pigs. He's shy by nature, coupled with his mortal fear of The Human Hand...I have plenty photos comprised of Buggy smiling ruefully back at the camera, with a yellow streak of blur behind. Yet, he was always there, somewhere in the background, but solidly so. 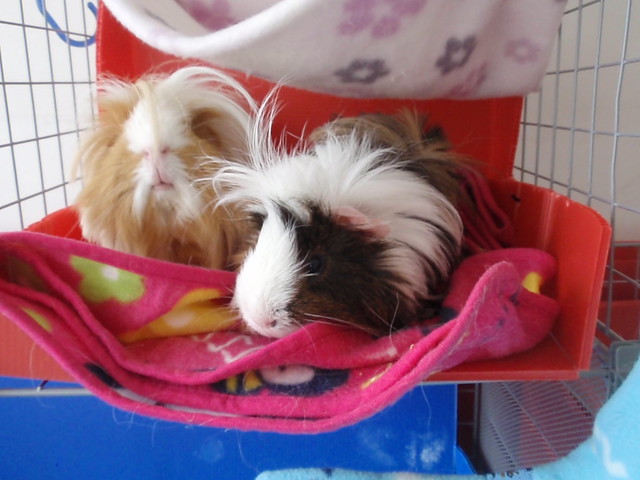 Every 2 months, I gather the hundreds of photos I've snapped of my pigs and organize them into folders, renaming each one so none gets replaced, and for 4 years, I never failed to have a "Bug n PJ" folder. This summer...it's just "Bug". That killed me a little bit.

PJ was my third pig, and for a long time it was just the three boys: PJ, Puffy and Buggy. Then they hit puberty, and after lots of rumble strutting....Buggy decided he didn't like Puffy, not one bit. So I took Puffy out and it was just Buggy and PJ 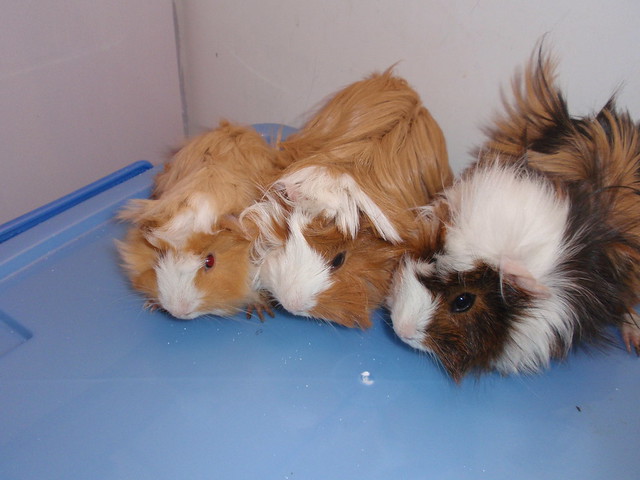 And just like that, they've been together for 4 years. That's more than half a pig's life. I'm reminded of one of my grandparent-generation relatives, the old couple didn't have a choice who to marry back then, they were just "assigned" to each other by their elders, and expected to make it work. They're married for 50+ years now and it's still going strong.

Sometimes the people we spend our life with isn't by choice, but by chance...until we make it our choice to stay with them. That's how I think of my little gay couple sometimes, in many ways, their bond is stronger than any of the rubbish relationships my girls share, I think between my boys, there's so much mutuality and they just complete each other

On that level, I do salute them...and I think we all have a little to learn.

Buggy is the alpha, and I daresay he used that to his advantage a few times not-so-appropriately

But on the other hand, I think Buggy also has a calming effect on PJ's nerves, so that he's not always dashing away and freaking out, as he follows Buggy's lead and realizes The Human isn't a hawk after all! 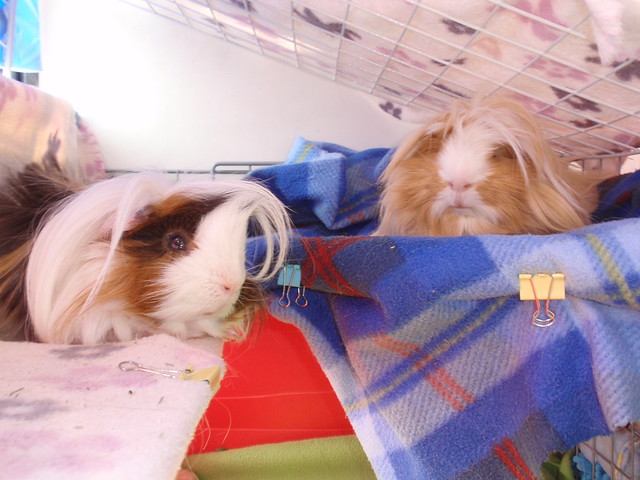 But what was adorable about PJ is his conflicting personality. He's so damn scared of everything around him....yet so CURIOUS. Like, he's quivering in a corner, yet just can't resist popping his head out to still check stuff out. Then once in a while he'd come full out of his shell, like when we moved into our new home and he was checking the generous view of plump ladies below 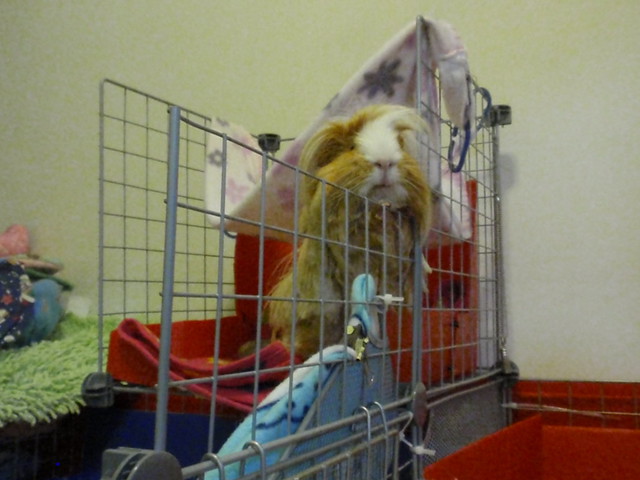 The view from the back 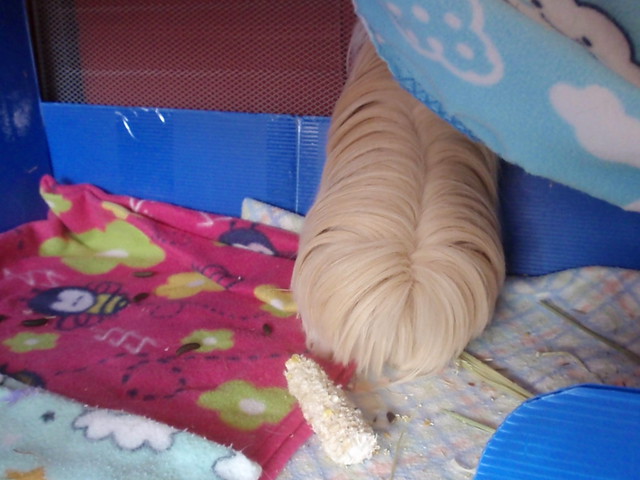 He'd check out my hand 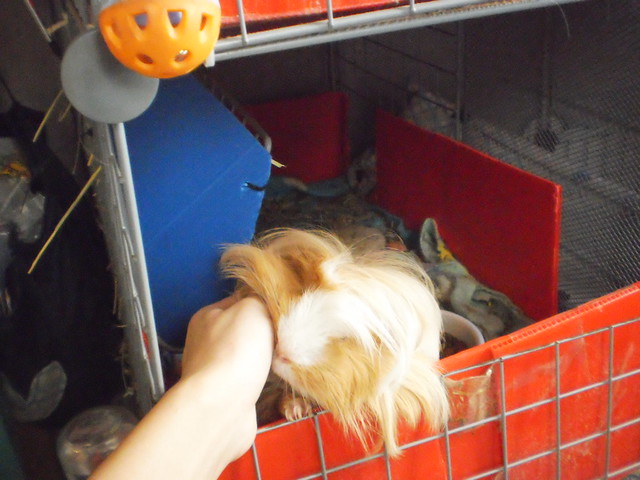 The grid....(I'm so in love with his little hind feet on tip toe in this photo..) 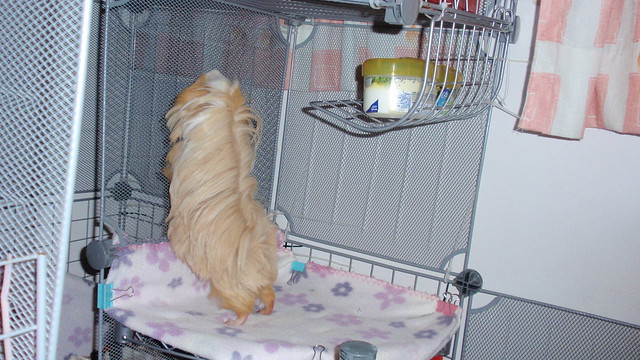 The view of their cage stripped of fleece. This made him really insecure and he'd wait patiently in the hammock for me to change out the cage 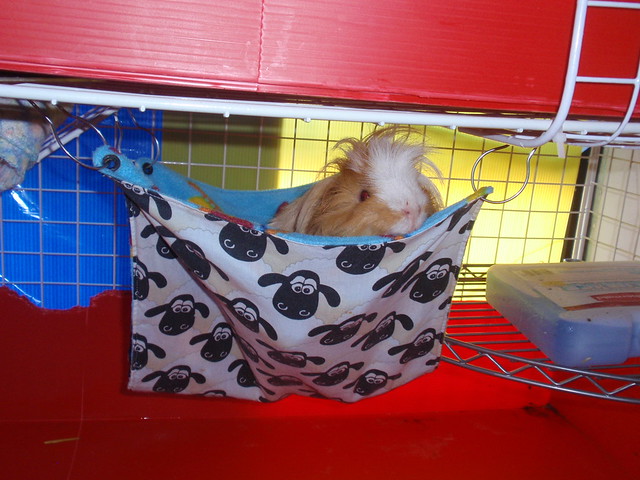 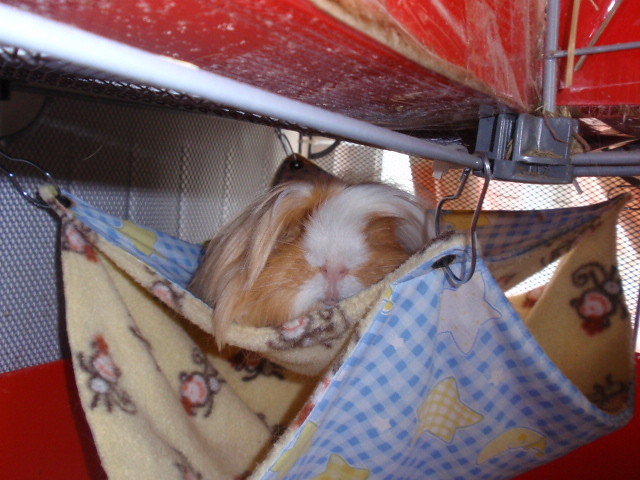 He loved critical care. I think secretly he just loves the attention 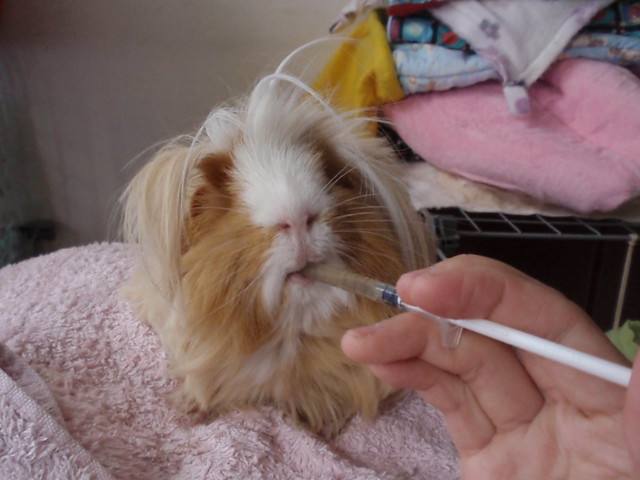 Something else about PJ that strikes me is his gorgeous hair. I know this because every time I give them their summer trim, PJ would have the biggest pile of fur. He just had layers and layers, his fur was so thick I have to cut them in layers....and that butt fluff gets me every time. 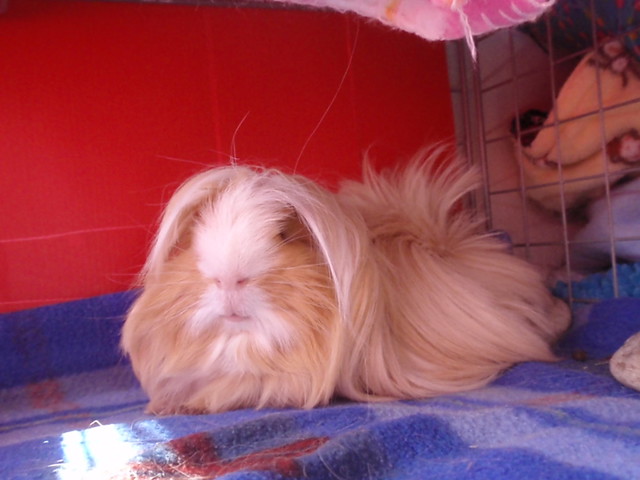 He was a big pig, one of my heaviest and chunkiest. But he was really a big baby

He LOVED chin scritches! This was out old cage, the way I built it, they have their own little "balcony" on the second floor, so while Buggy munches hay at the back, PJ would pop his head out 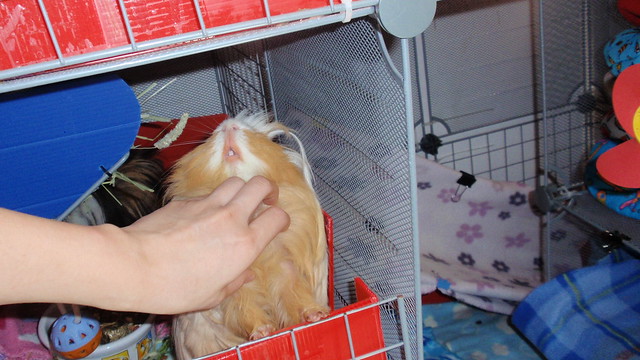 This one time he'd pull and tug on my shirt just to get my attention. But I need to approach him slowly, if I suddenly reached my hand out he'd speed right off. I need to gradually come close and then start tickling his chin, and he'll realize it's a win-win situation :) 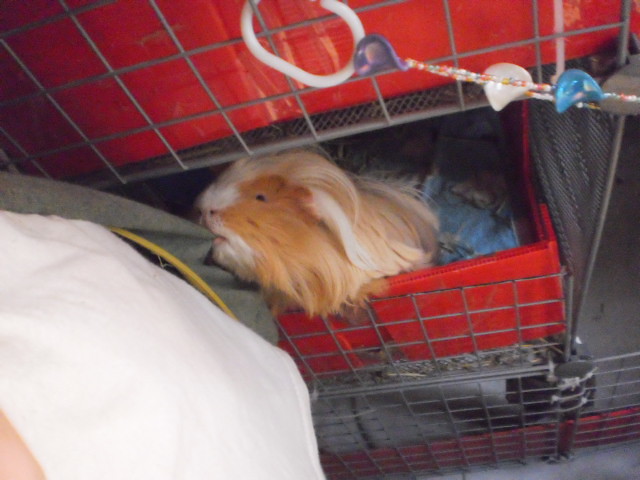 My boys snuggled shamelessly. I have so many photos of them just chilling next to each other 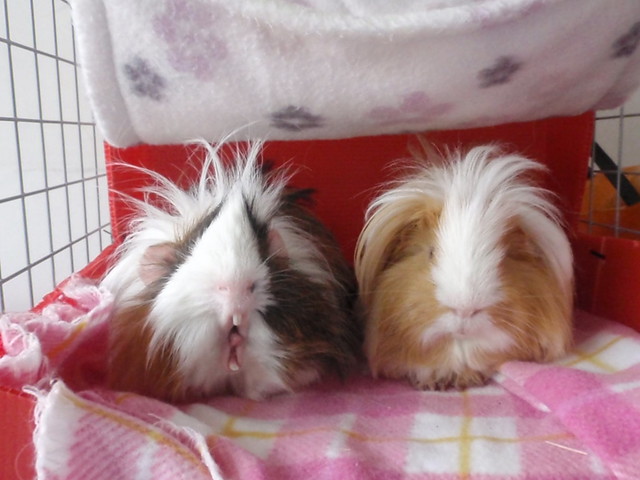 Another quirky PJ-thing is the way he drinks water, perpendicular to the spout 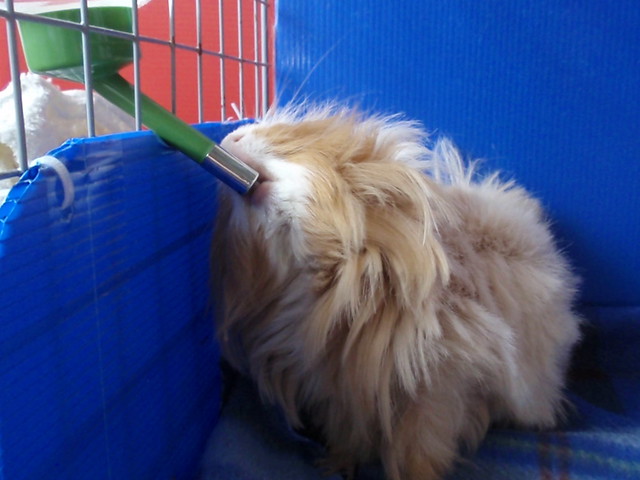 As much I loved him, and as much as I miss him...I know there's one guy out there that loved him more. That was Buggy. Poor boy has been alone for 3 months. It's heartbreaking, I've rarely seen a pig more depressed...he hasn't lost any weight or appetite, but is just zoned out in a pancake all the time. I don't think he's still mourning for his cage-mate after 3 months, but bored to bits.

I want to get him an SPCA girl (who come spayed) but something tells me I shouldn't add to the population of my pigs. That means I need to neuter Buggy, and I'm just putting off the surgery....but I think I'm going to do it. I think it's time he has a lady friend...a companion. I'd like to post this pic of the boys, shortly after their summer shave, this is really endearing...because PJ is actually perched ON Bug, they stayed like that for half a minute. I'm reminded once again of the strong bond the two of them shared... 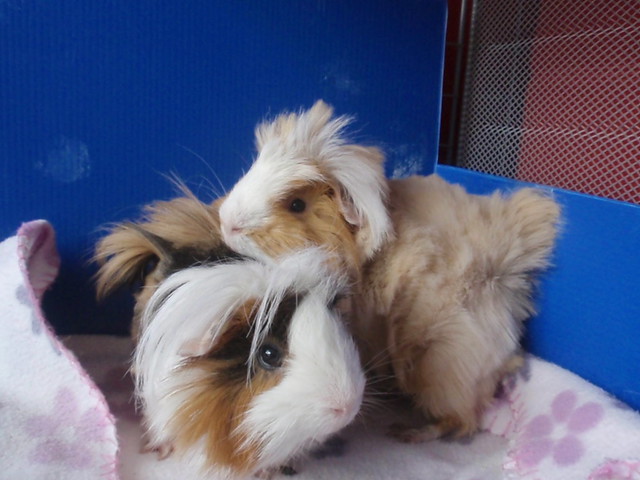 Dearest PJ, I'm sorry you're gone so soon. You were about 4 years old, which is much too young for you to go....you've left a lot of us in pieces, and I could feel Buggy missing you in first days that you left. I miss the little things about you that I overlooked when you were actually here, and realize with guinea pigs...we never can take a day for granted. Buggy never even goes up the second floor anymore without you, and you guys used to play there all the time 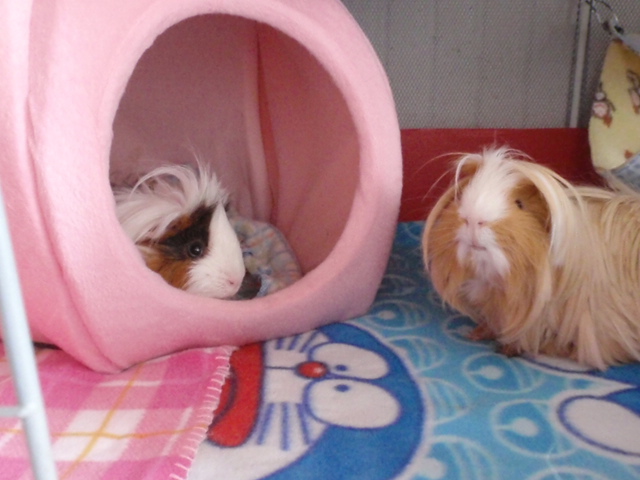 This is for you, PJ. We all miss you 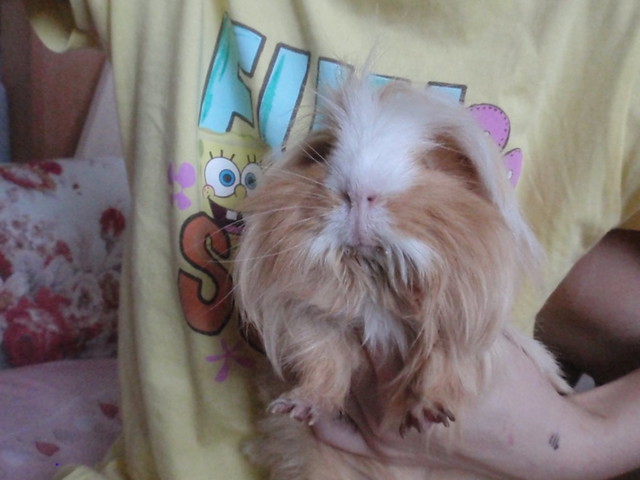