I've never been too thrilled at a "New Arrival's" stand in a clothes store, because the items there are always so expensive...but it's a whole different level when we introduce the newest pig members to our family

Flubby joined us in February, 2013. She was very timid and shy when we first got her...and stayed cooped up in her little tunnel. 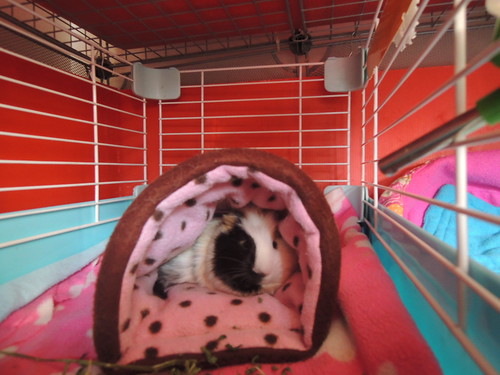 We kept her in her own cage, which was inside the big cage, so that she could get the acquainted to some of her upcoming big sisters....and vice versa. She was still a few months old and fed on Alfalfa hay. 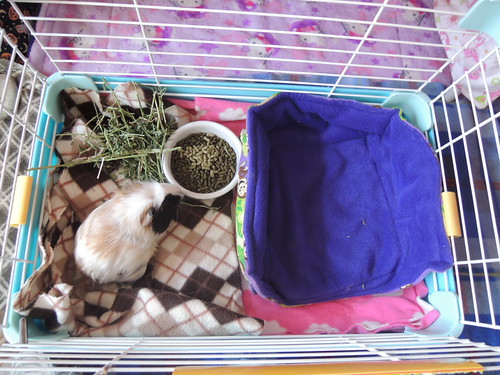 Look at this little face!! 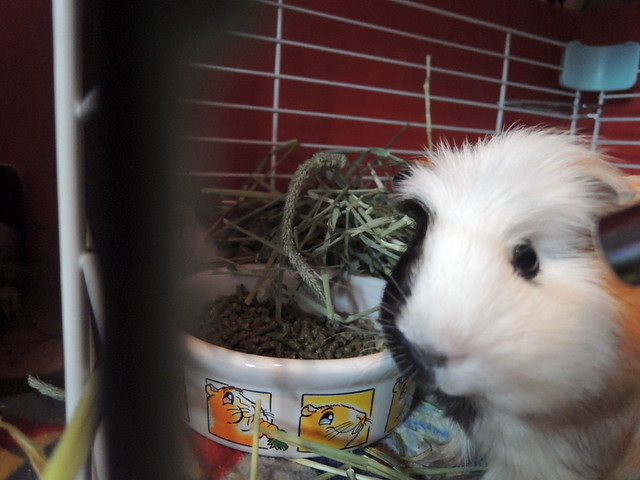 Then we put her with our Snowy, who was kind and nurturing. Her maternal instincts kicked in and she really watched over little Flubby. 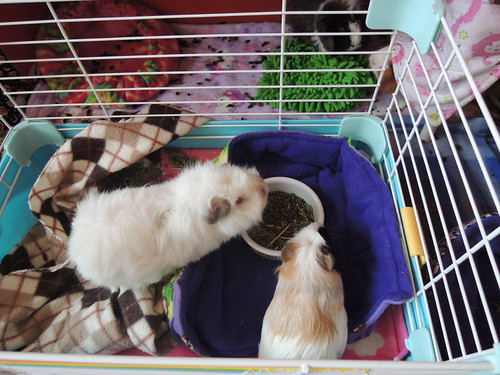 Of course, Minipuff provided plenty intimidation by parking herself smack in front of Flubby's cage. Come on Minipuff...are you not interested in your dinner? (dinner as in pellets, not pig!) 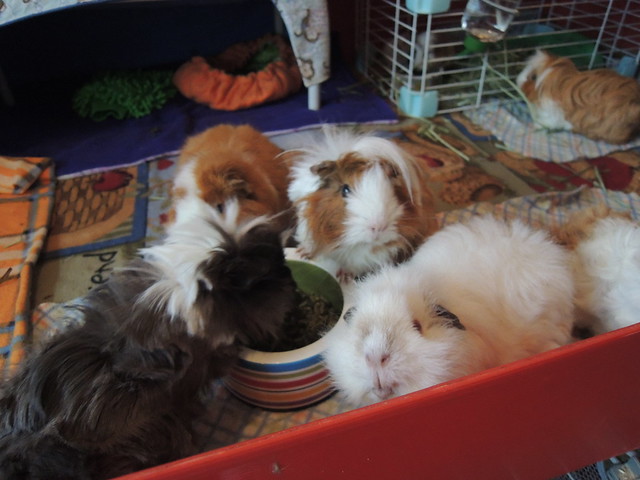 When we first placed her in the big cage, it really was a big and scary place for her. She was constantly on full alert and always dashing away from the slightest movement.  She isolated herself from the herd by ducking under ramps and tucking herself into corners.  Poor dear, I remember being so worried she'd never settle in comfortably...when the bigger girls sniffed her, I think it was really intimidating for her, she would freeze. 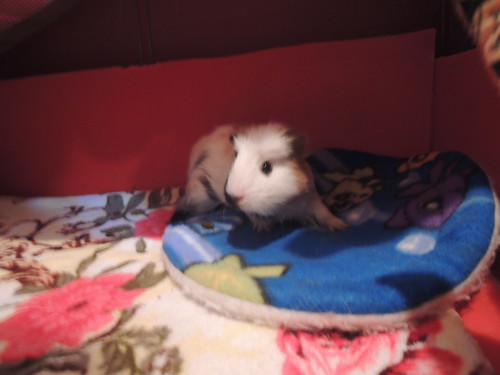 Slowly but surely, she started to integrate. Needless to say, you learn a lot growing up alongside girls like Snoopy and Minipuff. Snoopy taught Flubby it was all or nothing at the food bowl, and Minipuff's contribution to Flubby's upbringing? Flubby learned the art of pee-spraying. 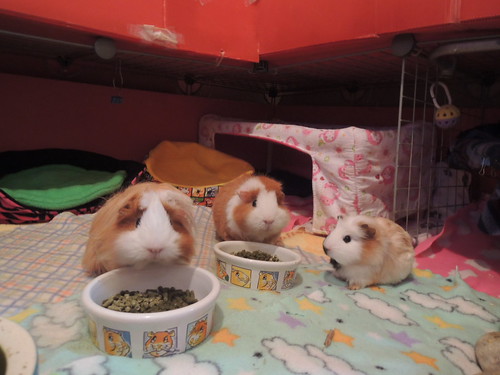 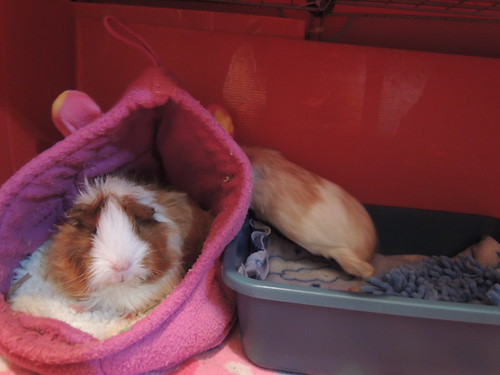 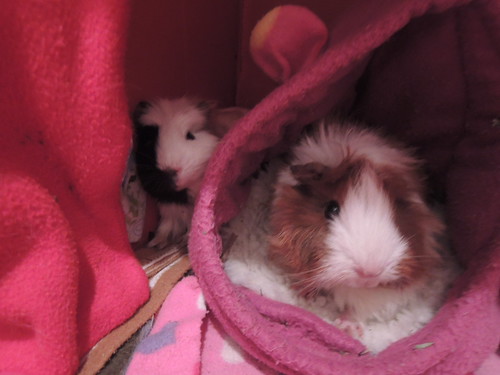 Flubby is our only piggy with a crest, we call it her little "spice pot", and she's absolutely adorable for that. She's really soft and chubby, with a lot of flab on her tummy, hence her name Flubby. But she's also very lean and flexible. She would stretch herself out like a sausage....then quickly condense herself into a ball. 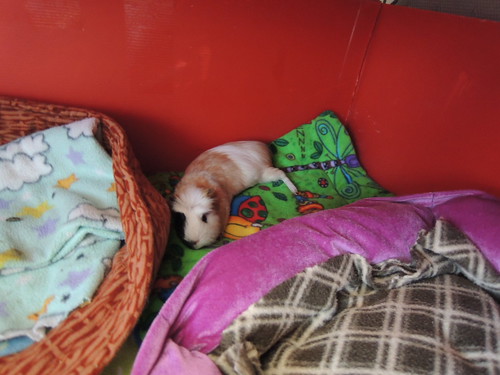 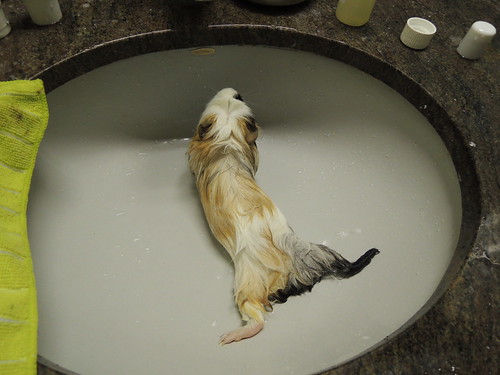 This is what we'd often find her doing, disappearing under the stairs and emerging from the other side! 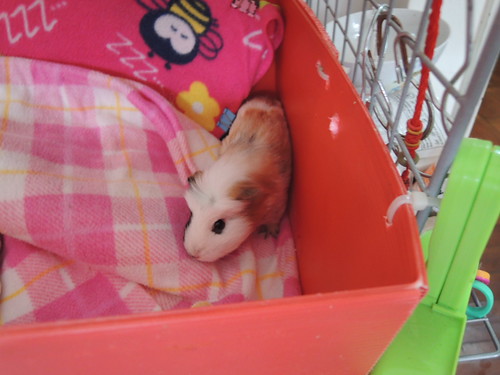 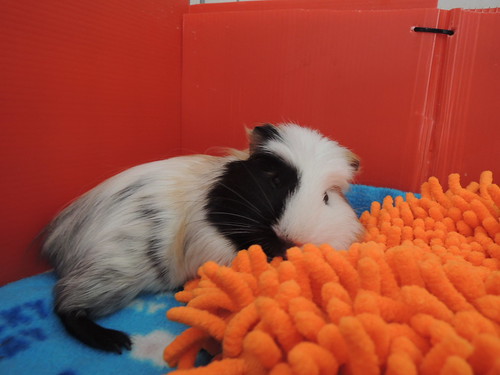 Decked out on the third floor. 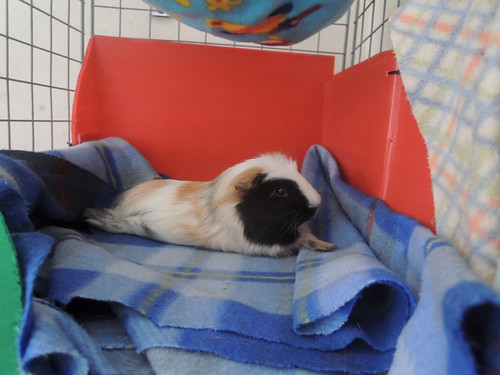 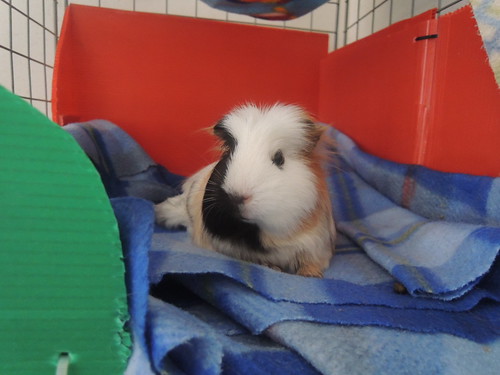 Then once in a while she'd be really shy and tuck herself away at a corner.....aww 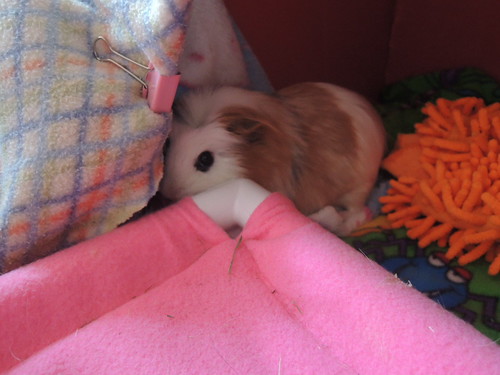 A little diva in the making 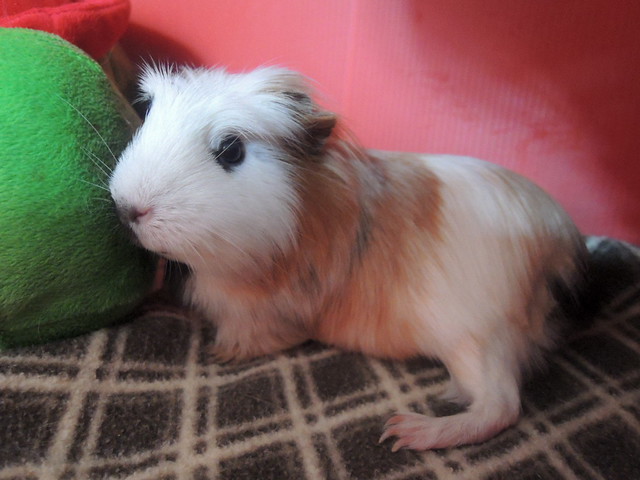 None of the my girls are snugglers...but they seem okay with the little new one! 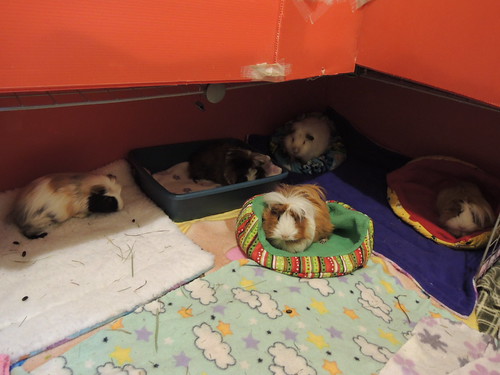 Since PJ passed away in May 2013, his lifetime buddy Buggy has been a lone pig. Buggy is a 4 year old male. Unfixed and very alpha, we decided the only safe and suitable pairing option for him is a spayed female. So he waited patiently..... 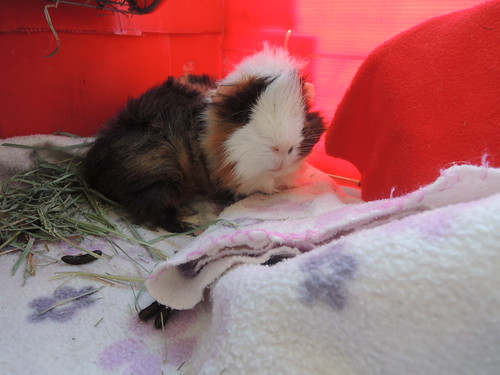 Rue Bear came from the SPCA. She was still recovering from her spay when we brought her home, so she was kept in a hospital cage for a week. When it came time to introduce Buggy to his little mistress, boy was he thrilled! I've never heard him wheek that loud in months! He popcorned and chased Rue Bear around the cage, when his enthusiasm was received by a jet of pee, he responded with delight and devoted entire minutes to grooming his pee-covered face... 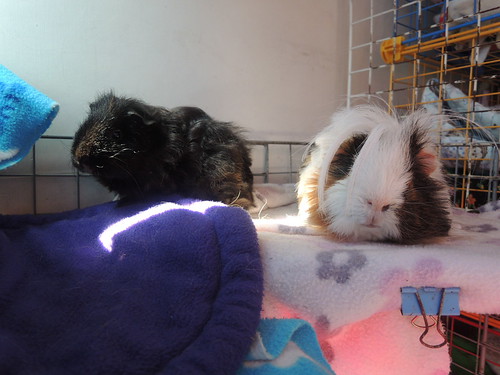 Rue Bear's name come from two parts. Rue because I wanted to pay tribute to my favorite character from The Hunger Games - a previous obsession. But she also looks very much like a little bear, with her furry front paws and dark hair. So she's Rue Bear now. 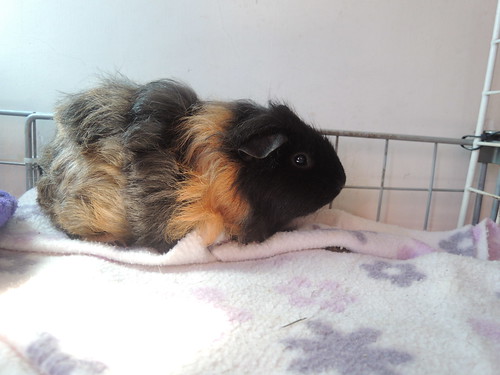 She also is very similar to PJ, enjoying the same little chin scratches PJ used to get and being paranoid as ever when someone approaches. Often running from one side to another to avoid being picked up 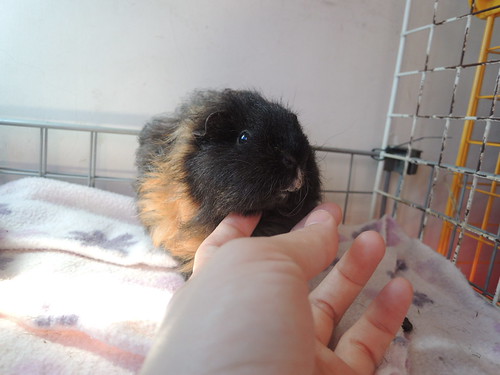 After the constant pursuit of Buggy ! They finally settled down together, looking as cute as ever, besides the slight chases every now and then ^_^ 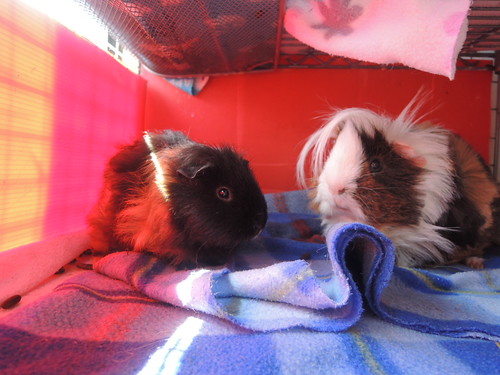 As seen in the photo below, it does get tiring chasing little Rue-bear. 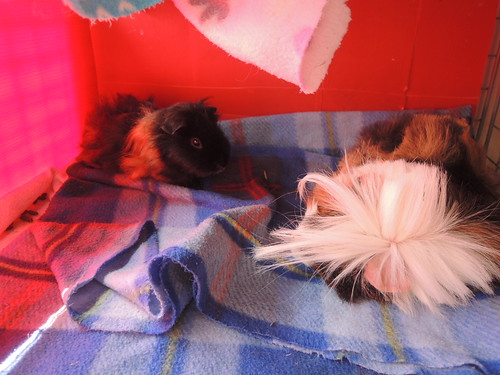 I've always wanted to adopt a pig, I know an adopted pig will complete our family, so Rue Bear is especially special to me in this sense. I am as happy as ever to have gotten her and just as happy to have found a companion for Buggy ! 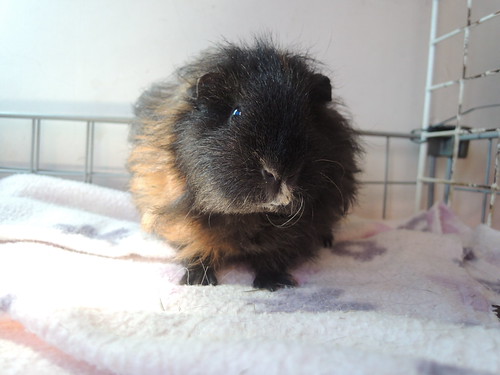