I've had 13 pigs over the course of 3 years, 3 of which I've lost. Puffy to a kidney stone, Cotton to diarrhea/severe dehydration and Shylie... 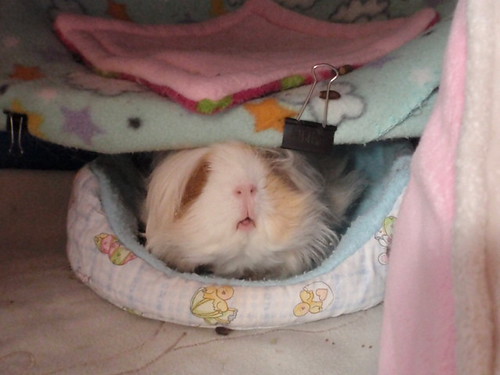 I've been told this is the best way for an animal to die, naturally...at the end of a long life. I admit her death was less devastating than Puffy and Cotton's, because as I see her dissolving before my eyes, from the weight she lost, the hair she shed, and how the color faded from her beautiful black eyes...I knew I was going to lose her. 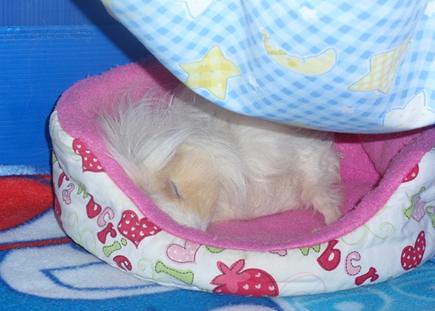 I remember when I lost Puffy and Cotton, the frenzy and desperation associated with trying to save them, and the denial afterwards because it wasn't their time yet..they were so young..they should have had so many more years...and ultimately, the guilt I had to face, for letting them go 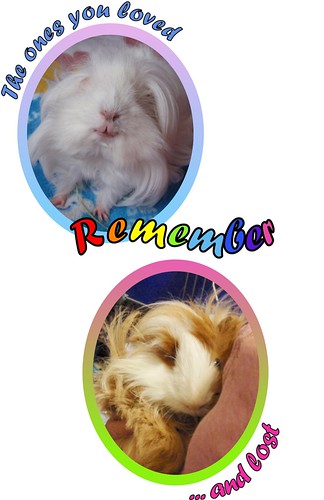 Then there was Shylie. Our Queen, the beautiful one, the big one, whose hair was of such a magnificent golden cream, I couldn't even imitate the shade from all my watercolors. and she taught me another kind of pain, the pain of losing a pig not because I did something wrong, but because there was nothing left to do.

Shylie started her life out in Canada, with my ex. She shared a cage with Snowy and a male, White Cliff 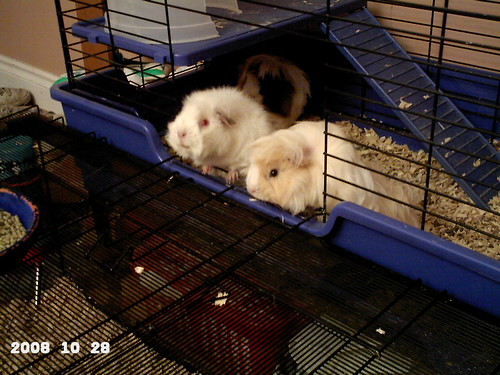 My ex's roommate irresponsibly bred them, and Shylie gave birth to Shirley and Oreo. Long story short the 4 girls (mothers and daughters) were shipped here to Hong Kong two years ago. their first night here, and made themselves right at home: 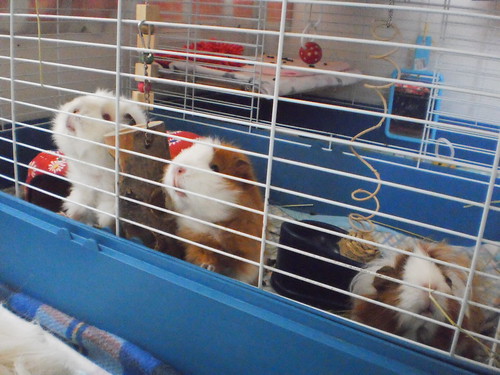 Although Shylie was after all, quite Shy. (she didn't perch herself up like the other 3 girls and just waited quietly in the back) When she was in Canada, she was so scared of even going up the stairs of her cage and adamantly stayed on the first floor until the food bowl was brought back down. But when she came to Hong Kong, I think her personality really took a turn and she blossomed into the queen bee. :) 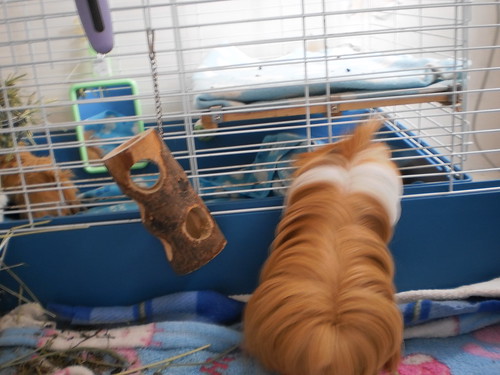 Skipping a few months ahead, Shylie found she had a couple niece and nephews! 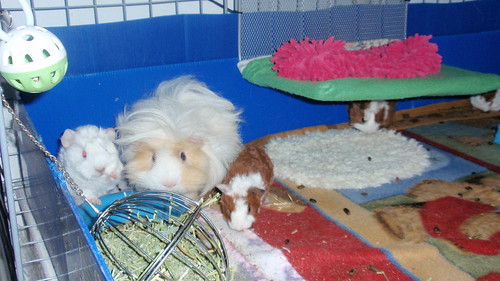 and so life went on. 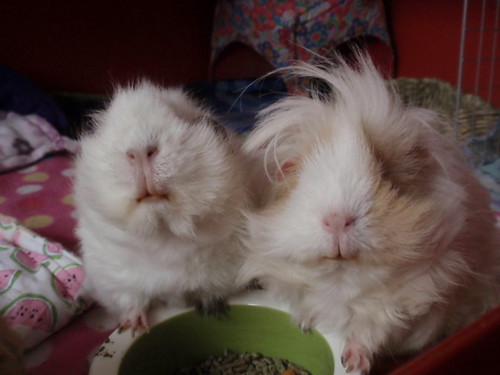 the babies grew up 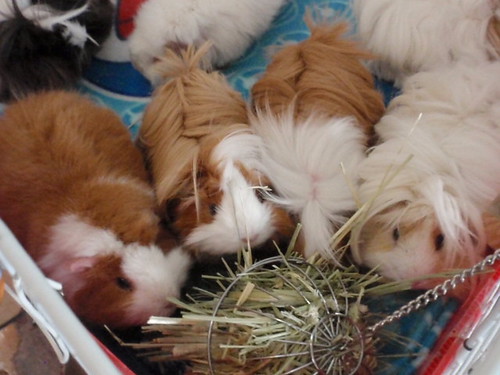 Shylie found some hairy competition in her mini-me, Pudding 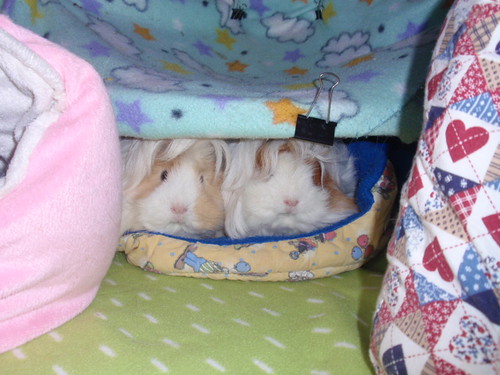 and there were days she needed to make herself heard 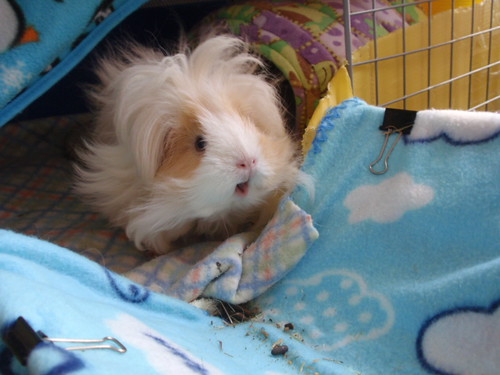 when she felt insecure 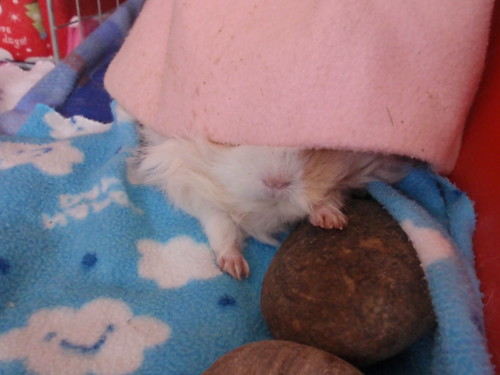 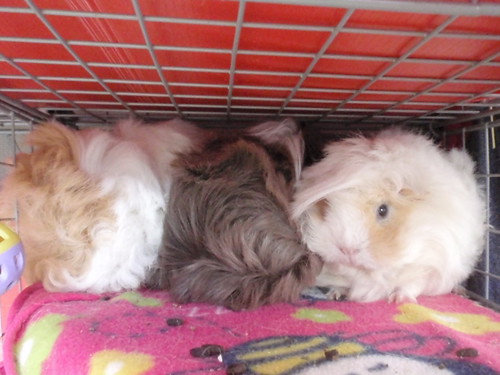 when she had to put her leg up 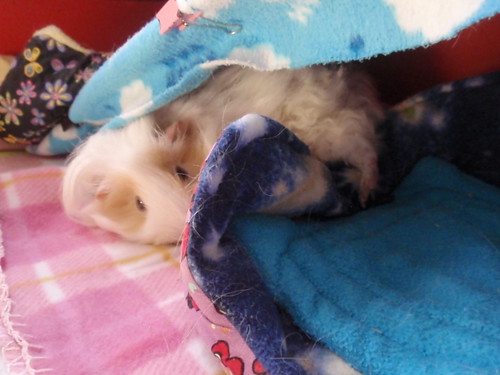 when she was unimpressed by their summer shave, but even more so by the fact that Snoopy still looked so fat! 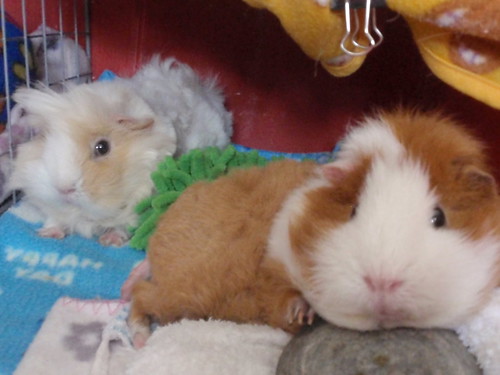 but of all these times, she always always looked beautiful 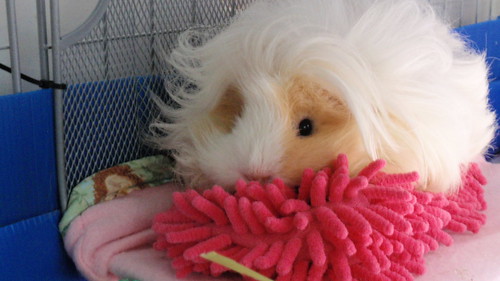 and she was always elegant 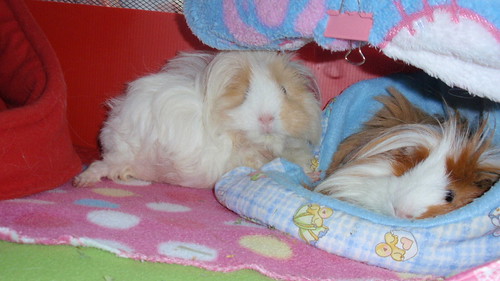 then there came a day when she was a little thinner, she no longer hopped onto the second floor because of her arthritis 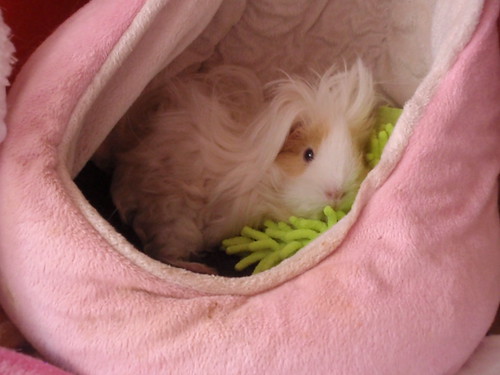 she was a little slower.. 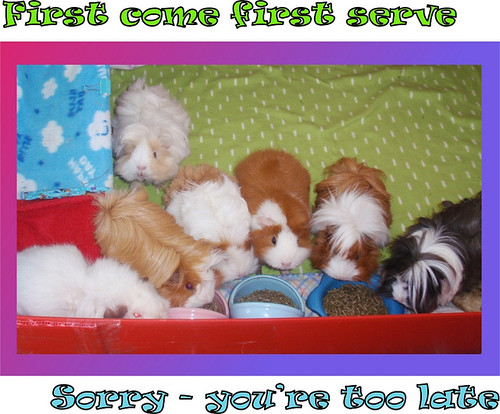 and sometimes just wanted to be left alone :( 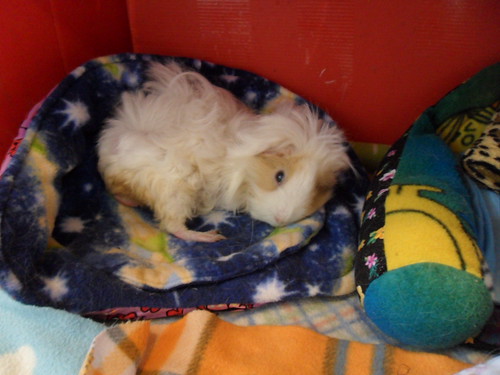 I took her to the vet, there was nothing wrong with her, but the weight loss was undeniable, and she dropped to almost half her weight in less than a year. The vet told me I could do an xray and bloodtest to find out more, but I was reluctant because she had to be put out. I was given metacam, and fed her critical care to keep the weight up.

and still she was slipping...until we found a tumor on her back. there was nothing we could do. Surgery was out of the question at this age, so I tried to keep her comfortable and happy for as long as I could, 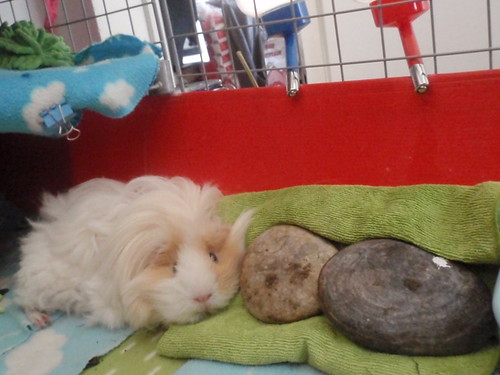 for as long as she would let me 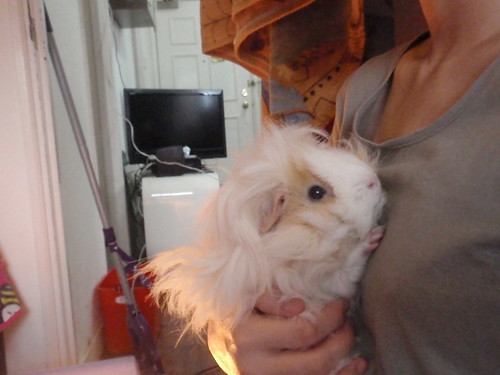 One night, I came home to find her paralyzed from the waist down, she was kind of just collapsed in front of the water bottles, and while the other girls ran around in a frenzy waiting for their dinner, I lifted Shylie out of all the commotion and she huddled into a corner.I fed her critical care but she only chewed halfheartedly, and was very limp. She was so thin.

Thinking back now, I shouldn't have called a taxi at the time and rushed her to the vet. It would all have been in vain at the end because she left me on the taxi ride. I wish I had simply held her in my lap. I did that, while waiting for the taxi to come, and stroked the hair over her nose, and I remember she looked very peaceful. her eyes were no longer black, but a faded grey and I could feel her ribcage. But she was calm....and she was ready to go..she passed curled into the shape of a crescent, and her eyes were closed.

I hope you've found your little huby up at the rainbow bridge..give him a kiss from me too 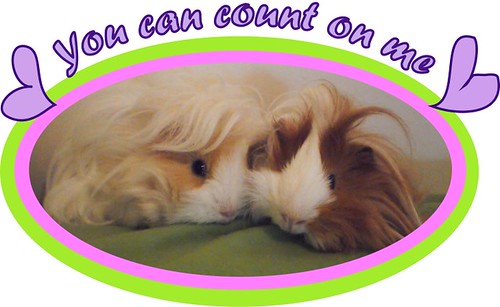 Shylie, you were such a princess. You've done me proud, never a vet visit, never an illness. You taught me what it means to let go knowing you've done everything you can. You remind me of the last scene from Titanic, when Rose died in her bed, warm and old, just as Jack made her promise so.

You lived well over 5 years, maybe even to 6. You've been a mother, a wife, an aunt, and you've been mine. 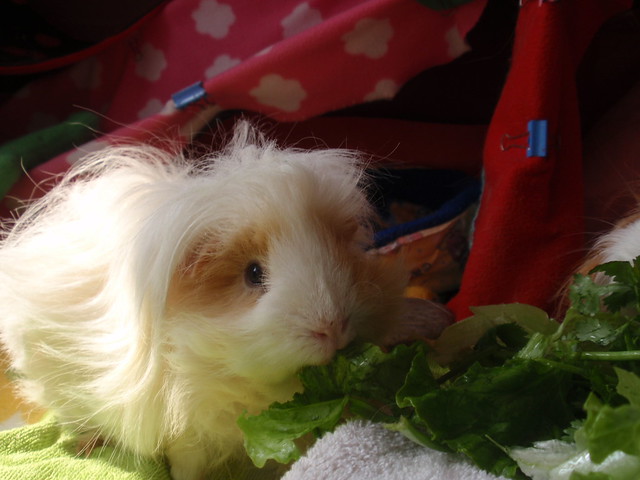